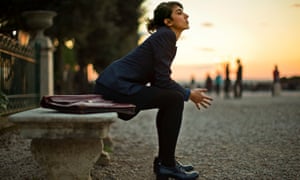 Whether it’s anxiety about paying the bills, guilt at spending, or feelings of inadequacy over our income, polls frequently show money to be a leading source of worry, and one of the main causes of rows between couples. Even the rich aren’t immune, according to Capgemini’s annual World Wealth Report, with top concerns for millionaires in 2015 ranging from how they will maintain their lifestyle to whether their offspring will mismanage their inheritances.

So how do we make peace with our bank statements and instead spend the wee hours calmly contemplating whether that car alarm will ever stop? The answer, at least according to some, lies not in spreadsheets and interest calculators, but in financial therapy. A burgeoning field in the US, where the five-year-old Financial Therapy Association counts more than 250 members, financial therapy combines traditional financial advice with a more touchy-feely psychological exploration of what is driving a client’s behaviour towards money.

It doesn’t come cheaply, of course, but financial therapists say we should think twice before rolling our eyes: they claim our emotional issues around money could be the exact reason we don’t have more cash to pay our bills.

They say the way we treat money is influenced less by logic and more by deep-seated beliefs that we are often unaware we hold. We may grow up watching our parents struggle with money and subconsciously develop negative, fearful emotions towards it, for example.

Low self-esteem can lead to the self-fulfilling prophecy that we will never make enough to be comfortable. “The obstacles that keep us from having more and being more are rooted in the emotional, psychological and spiritual conditions that have shaped our thoughts,” writes US financial expert Suze Orman in The Road to Wealth: A Comprehensive Guide to Your Money. “In other words, what we have begins with what we think.”

Financial therapists aim to identify and tackle a client’s psychological “blocks” about money through a mixture of established therapy techniques, such as asking them to recall early memories or write down word associations, and classic financial planning tools such as balance sheets and cash flows.

Practitioners tend to come from backgrounds that include psychology, marriage or family therapy, mental health, social work and financial planning, and what they offer depends on their training. A psychologist won’t necessarily be able to advise on Isas, for instance.

The practice has yet to make it to Britain – although Kristy Archuleta, president of the Financial Therapy Association, believes it is only a matter of time – but financial coaches such as Simonne Gnessen tread similar ground. The co-author of Sheconomics and founder of Brighton’s Wise Monkey Financial Coaching, Gnessen came to coaching via a course in neurolinguistic programming.

A petite woman with natural warmth, she had learned from her earlier, 10-year career as a financial adviser that traditional advice often doesn’t go far enough. “The financial industry tends to work on the basis that people are functional with money,” she says, with a wry smile. “You earn, you save a proportion, you always have the future in mind. In my experience, that isn’t the case and most of us are actually a bit dysfunctional.”

Financial coaching addresses the reasons we don’t always treat money in the way we should, identifying unhelpful patterns of behaviour and challenging attitudes we may have unknowingly developed over the years. Gnessen’s clients’ concerns range from debt to retirement, worries about providing for family to feelings of guilt about “undeserved” inheritances.

The reality of someone’s financial situation often has little bearing on their feelings about it, she says. “I’ve sat down with clients who will never run out of money in their lifetimes – and have the bank statements to prove it – yet I’ve had to reassure them again and again that they’re not going to end up destitute. The main issue from my point of view is whether someone’s money behaviour is supporting or hindering them – and if it’s hindering them, how can we change that?”

Sitting opposite Gnessen in her peaceful mews house office, I tentatively begin to describe my own feelings towards money. It’s possibly the first time I’ve ever discussed the subject from an emotional perspective and as we talk, I realise my attitudes are far from neutral, mainly oscillating between anxiety and an ill-advised recklessness.

Gnessen says she can understand the recklessness – it’s a time-honoured release from the exertion of self-control – but is curious about where the anxiety stems from. The idea someone wouldn’t be at least a little anxious about money is new to me, perhaps highlighting just how deep-seated the attitude is. When pressed, I identify debt, the precarious nature of freelance work and the prohibitive cost of living, but it strikes me that it’s something I’ve felt since the days when I only had my weekly pocket money to manage.

I think of money as an abstract concept, yet it’s inherently bound up with negative feelings. Although we start to unpick the reasons for this, I’m less interested in where the attitude has come from than how it’s holding me back and what I can do to overcome it.

Gnessen believes my worry about money is leading to some poor decisions in how I manage it. The debt I’ve accrued over years of renting in expensive cities and living slightly beyond my modest means is, at under £10,000, far from insurmountable, but it causes me grief. The solution is clearly to pay it off, but it’s not quite happening and Gnessen thinks this is related to my negative feelings about the situation.

I make hefty monthly repayments because they make me feel better initially (I’m tackling this problem!) but on an unpredictable freelance income they often end up leading to cashflow problems and more borrowing further down the line; cue more worry.

She suggests that instead of reacting to the anxiety the debt causes me by trying to pay it off quickly, I should instead focus on a more sustainable goal such as not accruing any new debt. I could then use the money “saved” by making more manageable repayments to build up an emergency pot I can draw on when times are tight, rather than resorting to more borrowing. The point, Gnessen says, is to balance the see-saw of emotions that accompanies the cycle of debt and repayment and encourage calmer, more rational financial behaviour.

Gnessen also thinks I have become too comfortable (in a miserable sort of way) with being in debt and am, inadvertently, ensuring I stay there. She points to the fact I have never allowed my borrowing to escalate beyond a certain level, but have frequently paid it down and then allowed it to climb back up again.

She asks me to imagine myself in a new situation and tell her what having money could do for me. I can only come up with not having to worry about it, which seems pretty good but apparently isn’t positive enough. Positive goals are known to be more motivating than negative ones, Gnessen says.

I’m not wholly convinced by this – wouldn’t there be a lot of rich daydreamers if that were the case? – and I struggle with the idea that worry isn’t also a good motivator. If we didn’t worry about paying bills and keeping a roof over our heads, I’m not sure many of us would go to work at all. Still, I concede that my perceived “reward” for getting out of debt is perhaps not enough of a reward and promise to work on finding a more meaningful alternative.

Talking about money with a stranger feels both exposing and liberating. It’s a subject that provokes strong emotions but we rarely discuss it even with our closest friends. Perhaps financial therapy just offers a much-needed platform to discuss these feelings with someone who won’t judge us. But I think it’s more practical than that.

For me, the soul-searching is interesting but becomes genuinely useful when it identifies patterns of unhelpful behavior. Given our tendency to repeat mistakes in other areas of our lives, I think most of us could benefit from a closer examination of our attitudes to money.

Financial coaching with Simone Gnessen starts from £185 for a two-hour session.

Login to quote this blog

You cannot quote because this article is private.